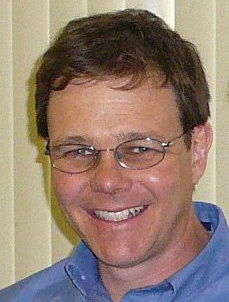 Rick Ufford-Chase is a faith-rooted activist and author with a long history of developing popular education tools. He currently serves as the Institutional Advancement Officer for Johnson C Smith Theological Seminary based on Atlanta, GA, and volunteers with the Grassroots Reparations Campaign and Proyecto Faro (an immigrant led advocacy organization in Rockland County, NY), and he is on the Board of the Sweetwater Cultural Center (an indigenous cultural organization that was launched through gift of property of a former Presbyterian Church). He and his wife Kitty served for 12 years as Co-Directors of Stony Point Center, which houses CLBSJ’s primary collection. In this role, they founded the Community of Living Traditions, a multifaith intentional community committed to the pursuit of justice and peace. Rick also served as Moderator of the General Assembly of the Presbyterian Church (USA) from 2004 to 2006, as Executive Director of the Presbyterian Peace Fellowship, and as an organizer and popular educator on the U.S./Mexico border for twenty years. Rick is the author of Faithful Resistance: Gospel Visions for the Church in a Time of Empire. He lives with his wife Kitty in a cabin in Northern VT, where nowadays he can often be found snowshoeing in the woods with their dog Riley.