The Center and Library for the Bible and Social Justice today announced the appointment of Mark C. Johnson, Ph.D. to the newly created position of executive director according to Dr. Norman Gottwald, co-founder and chair of the ten member board of The Center (CLBSJ). 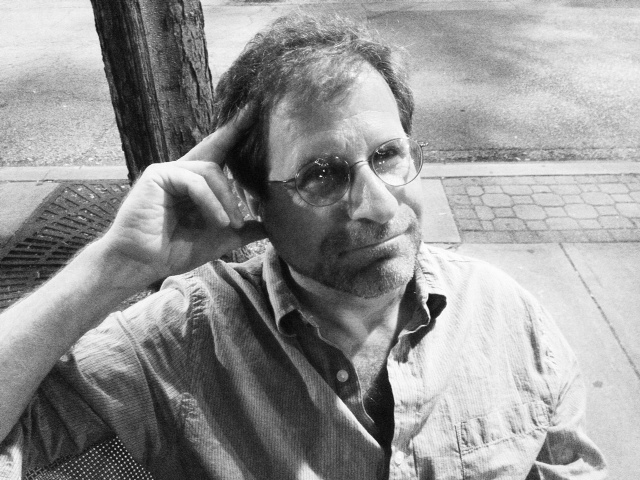 The vision of CLBSJ is “making biblical studies and social analysis accessible to the seminary, the sanctuary and the streets” said Ched Myers, an organizing principal of the Center and Library. The core library is located on the campus of The Stony Point Center in Stony Point, New York which as a conference center also has the capacity to support residential use of the library and to present program grounded in research and analysis by scholars and activists, observes Rick Ufford-Chase, co-director of the Stony Point Center and another organizing principal of CLBSJ.

Created from the professional libraries of Professors John H. Elliot, Herman Waetjen and Norman Gottwald the library has grown to a collection of over 4000 volumes. Recent additions include the libraries of activist Rabbi Lynn Gottlieb and Dr. Mark C. Johnson. Johnson brings both a personal library on environmental justice and the recent acquisitions of the Fellowship of Reconciliation (FOR) in the fields of nonviolence and social, economic and racial justice, under a memorandum of understanding between CLBSJ and FOR. Co-located at the Stony Point Center is the collection of Rabia Terri Harris, founder of the Muslim Peace Fellowship, and Chaplain to the Community of Living Traditions at the Stony Point Center, and selections from the Presbyterian Readers’ Service which occupied the library facility for over 25 years. The library will consider selective additions to the collection from scholars and activists.

“The Center is a place to unite the work of pastors, advocates, and theologians, where justice-seekers and academics can learn from one another,” says Gottwald. “Our catalogue holds work by writers across divisions of politics, theology, culture, ethics, economy, ecology, and gender and ethnic identity. It is focused on the intersection of disciplines of Biblical Studies and justice activism worldwide. We are also tracking digital contributions to the field in a more cursory fashion but with real interest.”

The Center is also the central node in a virtual network of other loci of research and activism, says the new executive director, Johnson. Its board and informal collection of affiliates represent a global discourse and actively engaged community of practice in the field of peace and justice studies and nonviolent action. In addition to hosting conferences and symposia, the center and staff are available to support the research agenda of scholars, to contribute papers to colloquia and gatherings globally, and to offer simple respite for activists and space for sabbatical research.

Johnson recently retired as the national executive director of the Fellowship of Reconciliation, USA (2007-2013), and during a 40 year career related to the YMCA staffed the University Christian Center in Beirut, Lebanon as a conscientious objector during the Viet Nam war, managed the Silver Bay Association for Christian Conferences and Training, a YMCA facility, in the Adirondacks of Upstate New York, was the executive director of the campus YMCA at the University of Illinois in Champaign-Urbana, and worked in the fields of philanthropy and education for the YMCA of the USA. In his last YMCA role he also served as the liaison from the national staff of the YMCA to its archives at the University of Minnesota in Minneapolis. “Johnson brings an unusual combination of experiences and skills across the areas of scholarship and activism, organizational management and programming, philanthropy and communications, conference work and support of communities of practice,” said Gottwald in announcing the appointment.

The resources of the Center and Library are available exclusively at the Stony Point Center and are being catalogued on line. The library is open Tuesday-Thursday from 9:00 a.m. to 3:00 p.m. and by appointment. Those in residence for research and program have unrestricted access to the library. Stony Point is accessible by bus, train and car and is located 40 miles north of New York City. Go to www.stonypointcenter.org for details.

Stony Point Center also houses the Community of Living Traditions, an intentional, interfaith community which practices hospitality in service to the operating needs of the conference center and includes purposeful study of the principles and practices of nonviolence at the individual, group and societal level. As such it represents an important element of the experience of the Centers.

The Center and Library for the Bible and Social Justice

RE: The Center and Library for the Bible and Social Justice (www.clbsj.org)