Bible study is not just about the head and the hands. It’s also about the feet. It’s about where one’s feet are rooted and in what direction one’s feet are oriented. One of the principles of Contextual Bible Study is the importance of continuing to plant one’s feet in particular, local communities of struggle if the Bible is to be read in ways that are liberating for those communities.

As a person connected to the Center and Library for the Bible and Social Justice (CLBSJ) and committed to work with grassroots organizations to develop liberating readings of the Bible, I was recently invited to participate in a Contextual Bible Study (CBS) workshop in Bogotá, Columbia. CBS is a methodology committed to reading the Bible in community for individual and structural transformation by privileging the perspectives, voices and experiences of the poor and marginalized. 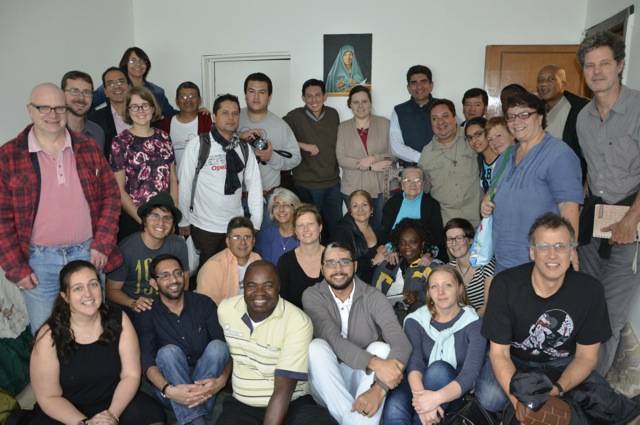 This workshop was organized by the Glocal Network on Contextual Bible Reading, a project sponsored by the Ujamaa Center in South Africa, the Centro de Estudos Bíblicos in Brazil, Kirk in Actie in the Netherlands and the Intercultural Bible Project at the Pontificia Universidad de Javeriana in Columbia. Its purpose was to identify CBS resources globally, as well as to equip the participants to implement CBS and train others to use it resources locally. 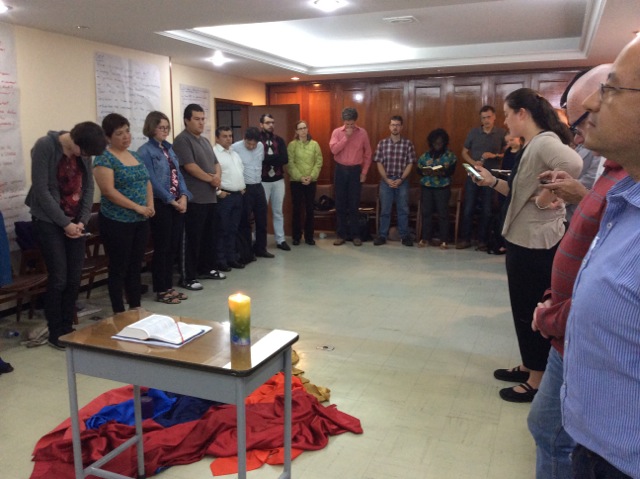 About 40 participants from places as diverse as India, Guatemala, Cameroon, and Scotland gathered for this weeklong workshop at the end of January in Bogotá at the Centro de Espiritualidad Francisco Palau, a Catholic retreat center and convent. Some participants had decades of experience with contextual readings, which others were just beginning work with its various methodologies. Although we spent the majority of our time at the retreat center (and enjoying the delicious Columbia food of our hosts!), an entire day was also dedicated to visiting Las Casitas Bíblicas. Casitas Bíblicas is a network of local communities in Bogotá committed to a popular reading of the Bible that animates their work around social issues including children and youth, ecology and gender relations.

In addition to developing a deeper understanding of CBS methodologies informed by different contexts and traditions of liberation theology, this workshop was an wonderful opportunity to connect with other academics, organizers and church leaders that are committed to CBS working in contexts both similar and different to that of the United States. By being connected to and supporting the Glocal Network on Contextual Bible Study, the CLBSJ is becoming a part of work not just of the head and the hands, but also the feet. The CLBSJ’s “feet” are connecting to those others around the world who are reading the Bible in local communities for liberation and life.

Crystal L. Hall is a PhD candidate in New Testament at Union Theological Seminary in New York City. She is also an assistant researcher with the Ujamaa Centre for Biblical and Theological Community Development and Research in Pietermaritzburg, South Africa.